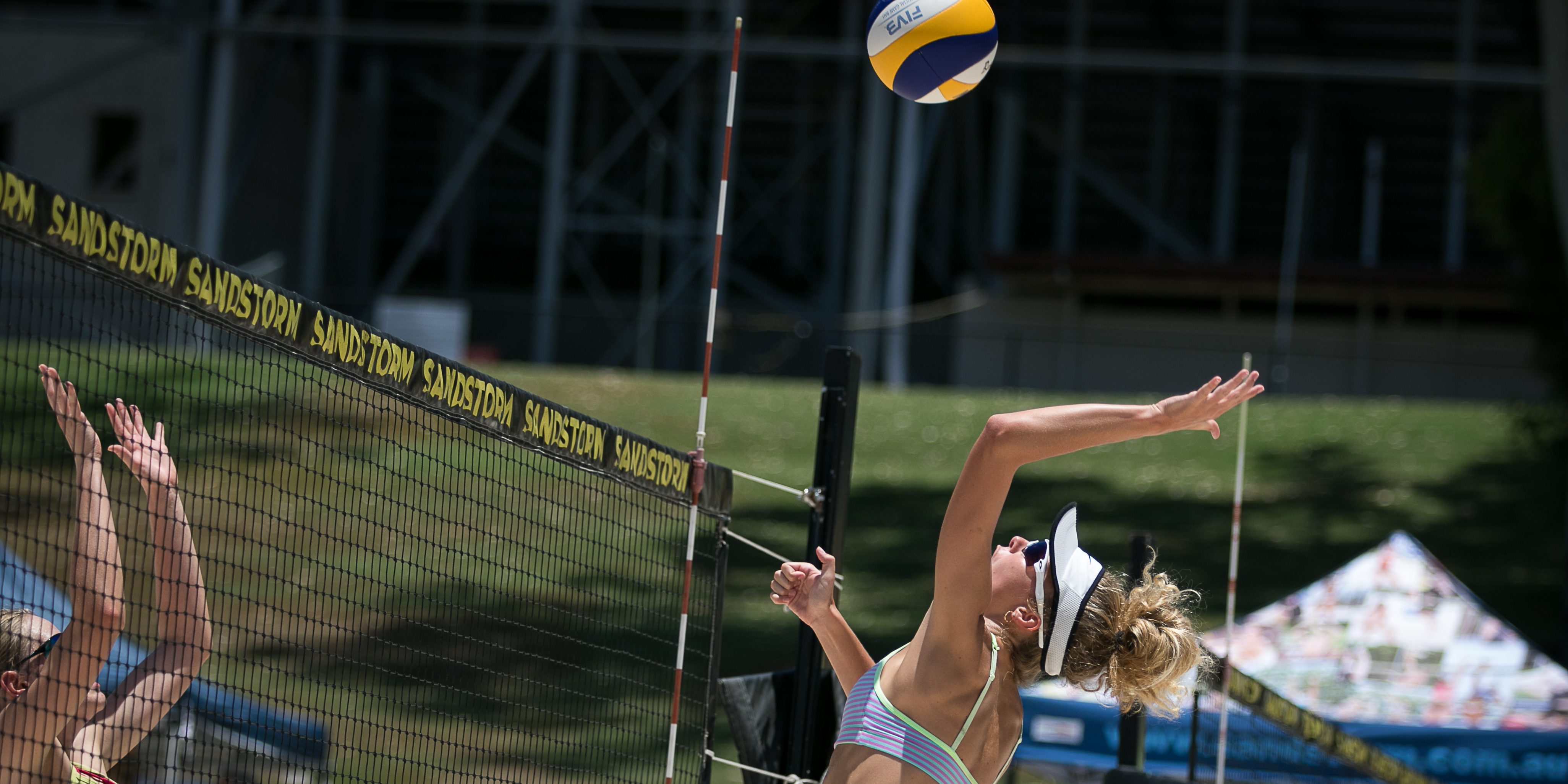 The QLD Championships, Round 12 of the Queensland Beach Volleyball Tour, was held on 10-11 March 2018. Promoted by Volleyball in Paradise, this event was held at the iconic Surfer’s Paradise beach and saw Justine and Jordan Mowen claim first place in the Women’s Premier division, Robert Reeves and Mark Nicolaidis win Men’s Premier division, Aimee Coleman and Tiaan Smith persevere to claim the title of Women’s Challenger division, and Peter Morgan and Conor Doyle be victors in the Men’s Challenger division.

Extending from September2017 to March 2018, the 2017/18 QBVT season received a total of 633 team entries across 14 tournaments, making it the most attended season to date.

Volleyball Queensland would like to thank all athletes who participated in the season, bringing fierce competition and sportsmanship to the beaches of QLD. Special mention is also given to the Promoters who make this tournament possible: Beach Volleyball Gold Coast, Volleyball Sunshine Coast, Volleyball in Paradise, ISA Rocky, Cairns Volleyball Club, Sandstorm Beach Club, and Bracken Ridge Indoor Sports.

A full list of the results can be found on the QBVT page.